Jani-King launches #JaniKingPledge to advocate for emergencies in Canada Jani-King in Canada is launching a new campaign to create awareness around the issue of disaster preparedness. With an increasing frequency of natural disasters occurring around the world, it is important that Canadians are prepared.

Jani-King in Canada is launching a new campaign to create
awareness around the issue of disaster preparedness. With an increasing
frequency of natural disasters occurring around the world, it is important that
Canadians are prepared.Jani-King, with 13 regional offices and over 600 franchisees
located throughout Canada, is promoting the importance of disaster preparedness
so that no Canadian is left in need when a disaster occurs.“We have seen various
storms hit in the past few years and all of a sudden hundreds or thousands of
Canadians have to fight for survival and the means to start over again. We feel
that awareness around simple disaster preparations and emergency plans are a
vital issue in today’s world and we want to get behind the cause to support
those living in our country,” said Robert McNamara, General Manager for
Jani-King Canada. “We have developed a
planning tool that will help Canadians get prepared.”

Jani-King is supporting the Canadian Red Cross through a social
media awareness campaign by donating $20 to the organization every time an
individual shares the #JaniKingPledge posts on Facebook or Twitter. Visit JaniKingPledge.ca to view a video and read
about disaster preparedness. You can then download forms to create your own
personal disaster plans for your home or office.

Murray Oxford, President of Jani-King Canada, tells us, “Over the course of the campaign, we will
donate up to a maximum of $25,000 to the Canadian Red Cross. We feel this is
one way we can truly shine a light on disaster preparedness in Canada.”

Long before a disaster happens, the Canadian Red Cross is
always hard at work in local communities, planning for the unexpected. The
organization builds relationships with local government to make sure supplies
are available and accessible. Following a disaster in Canada, Red Cross workers
provide vital assistance for people’s basic needs, including family
reunification, emergency lodging, reception and information, emergency food and
clothing, and personal services.

“Every year, thousands
of Canadians are impacted by disaster. The Canadian Red Cross is grateful to
Jani-King in Canada for its support of our disaster preparedness work,”
responds Tom Scinto, Canadian Red Cross Development Officer.

If you have any comments or questions, please direct them to
Robert McNamara at rmcnamara@janiking.ca. 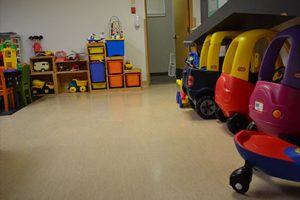 The Ronald McDonald House Charities delivers a necessary and compassionate[...] 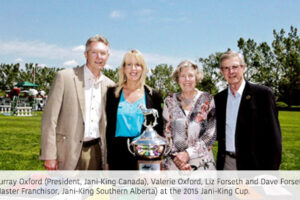 This year marks our second annual partnership with the world[...] 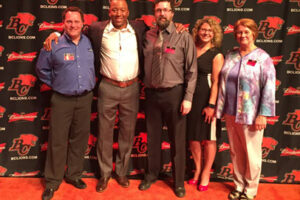 This May marks the 5th anniversary of Jani-King’s participation in[...]