Visit Jani-King at the Franchise Expo in Halifax

The Franchise Expo is taking place February 8 and 9 at the Halifax Convention Centre. Take in free seminars, visit exhibitors…

Aug 8, 2019
Robert McNamara at the Jani-King of New Brunswick Regional Office If you have worked with Jani-King in Atlantic Canada you are no stranger to the McNamara family name. Ed, Robert and Steve McNamara are a team of brothers that have been the authorized Jani-King Master Licensee for Nova Scotia since 2010. As Regional Director for [...]
5

Jul 15, 2019
Halifax, Nova Scotia- The Jani-King system thrives on its ability to provide support and create strong relationships with its franchisees. One way this is accomplished is through Franchise Development Days. Ed McNamara, Regional Director and Master Franchisor for Jani-King of Nova Scotia hosted one of these events on May 23rd with the help of his [...]
6

Feb 15, 2019
Jani-King’s annual scholarship program rewards students pursuing secondary education for their academic achievements. One of this year’s recipient’s is Paulina Natividad, daughter of Franchise Owners Paul and Joyce Natividad. Paulina is current attending Dalhousie University studying Science. Congratulations to Paulina – we wish you all the best this year, we know you’re going to do [...]
8

Feb 4, 2019
The Jani-King of Nova Scotia team was proud to present long-time Franchise Owner, Miguel Sanchez, with a plaque celebrating his 10 year anniversary owning a Jani-King Franchise.  Miguel is dedicated to building a strong business and that shows in his work each and every day.  Congratulations Miguel - thank you for letting us be a [...]
9

Jun 29, 2018
This month, Jani-King offices across the country were excited to trade in their traditional black and white uniforms for something a little more bold with a lot of meaning – red t-shirts bearing the “In Support of the Canadian Red Cross” emblem. Jani-King’s national charity of choice is the Canadian Red Cross, and for the [...]
10

Dec 13, 2017
Each year the Regional Office of Jani King of Nova Scotia takes part in The Salvation Army Centre of Hope’s Christmas Adopt – A – Family Program.  Funds are raised through various fundraisers throughout the year including casual Fridays and bi-weekly summer BBQs where Nova Scotia's Franchisees and other business's in the Regional Office building [...]
12 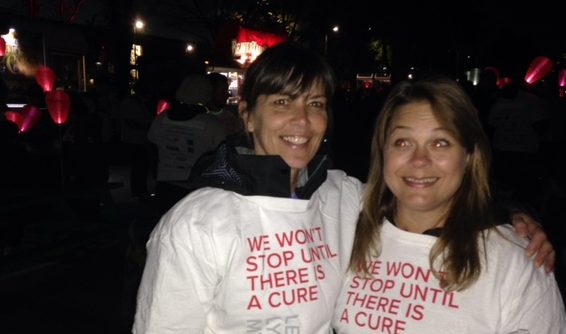 The Jani-King Sweepers Helped ‘Light the Night’ in Halifax

Oct 25, 2017
On October 21st  the Jani-King of Nova Scotia team participated in Light the Night 2017 in support of the Leukemia Lymphoma Society.  They called themselves the Jani-King Sweepers, and together they were able to raise and incredible $1,400.00 in support of those suffering from blood diseases. The Leukemia & Lymphoma Society of Canada's (LLSC) Light The [...]