Oct 28, 2019
The Jani-King system is made up of hard-working individuals from all around the world. Showing support and embracing the diversity of Franchise Owners helps build and strengthen relationships between them and the Regional Office. This year, Jani-King of Manitoba was proud to support 3 Franchisees who are part of the Nepali Cultural Society of Manitoba [...]
2

Oct 17, 2019
Winnipeg, Manitoba- Ongoing training and support for Franchisees is key to the longstanding success of the Jani-King system. Hosting a Franchise Development Day is one of the best ways a Region can provide Franchisees with access to that kind of support. This year, Jani-King of Manitoba hosted their first Franchisee Day in 5 years at [...]
3

Mar 11, 2019
Jani-King of Manitoba was honoured to support our Account Executive Chris Morrissette as he took part in the Mike Keane Classic.  At the tournament Chris had the privilege of playing with Matthew Barnaby who played in the NHL from 1995 - 2007 for the Buffalo Sabres, Pittsburgh Penguins, Tampa Bay Lightning, New York Rangers, Colorado Avalanche, Chicago Blackhawks and the Dallas Stars. [...]
4

Jan 14, 2019
This fall Jani-King of Manitoba franchisees, office team and customers worked together to collect more than 200 pounds of food in support of Winnipeg Harvest, a local not-for-profit, community based organization. Winnipeg Harvest is a founding member of Food Banks Canada and the Manitoba Association of Food Banks (MAFB). Learn more about the great work [...]
5

Jun 29, 2018
June was an important month for Jani-King Master Franchisors, Staff and Franchisees across the country.   This month we traded our traditional uniforms for something a little bolder, with a lot of meaning. If you saw our team out in the community wearing red, it was because this month was dedicated to our national charity, the [...]
7

May 28, 2018
Jani-King of Manitoba has been long time supporters of the Winnipeg Jets, and has season tickets for staff and customers to enjoy. As this season of the NHL Playoffs got underway, the Winnipeg Jets proved themselves worthy adversaries on the ice. Going up against the Las Vegas Golden Knights in the series, the Winnipeg Jets [...]
8

Mar 28, 2018
Jani-King of Manitoba is proud to provide restaurant cleaning services to Rae & Jerry's - a Winnipeg landmark since 1939. Rae & Jerry's, named after founders John Rae and Jerry Hemsworth, opened in 1939. It stands as the remarkable epitome of North American mid-century, modernist high-end restaurant design. From its simple and spare white-painted brick [...]
9

Feb 2, 2018
Jani- King of Manitoba has launched a training program for their office team members entitled “How to be like Fred”!  During the next several months we will be exploring the following 4 Principles. Principle #1: Everyone Makes a Difference Principle #2: Success is built on relationships Principle #3: You must continually create value for others, [...]
10

Jani-King of Manitoba is Proud to Support Athletes at All Levels.

Nov 16, 2017
Curling has a rich history with many traditions that continue to this day. Curling, probably more than any other sport, has its own unique terminology and with phrases like sweep, clean and hurry hard it is a perfect fit for Jani-King. This year we are proud to support Kate Heide, Rayna Krahn, Morgan Klassen and [...]
11

Nov 3, 2017
On October 24th, 2017 at the Victoria Inn Hotel in Winnipeg, there was a show floor full of new products, new equipment, and new ideas for the Manitoba Hotel Association and the Manitoba Restaurant and Food services Association. Jani-King of Manitoba was proud to be one of the exhibitors for this sold out event. Each [...]
12 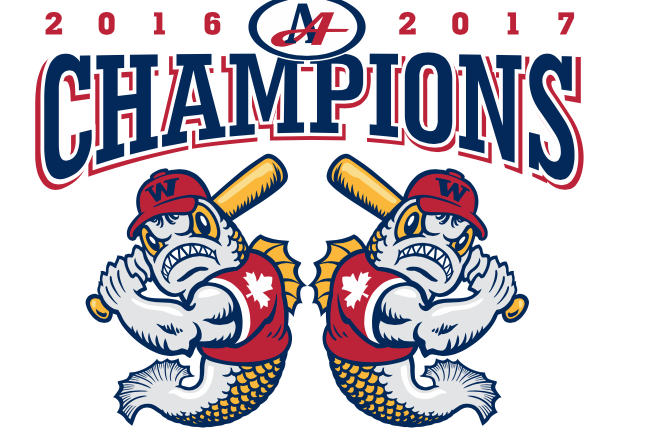 Oct 12, 2017
The Goldeyes are the first American Association club to win back-to-back titles since the Fort Worth Cats in 2006 and 2007.  Goldeyes’ first baseman Shawn Pleffner hit for the cycle, while starting pitcher Edwin Carl set a franchise record with his fifth postseason win. The Winnipeg Goldeyes successfully defended their title by winning the American [...]