Jani-King of Manitoba was honoured to support our Account Executive Chris Morrissette as he took part in the Mike Keane Classic.  At the tournament Chris had the privilege of playing with Matthew Barnaby who played in the NHL from 1995 – 2007 for the Buffalo Sabres, Pittsburgh Penguins, Tampa Bay Lightning, New York Rangers, Colorado Avalanche, Chicago Blackhawks and the Dallas Stars.

Mike Keane is a three-time Stanley Cup champion, having won with the Montreal Canadiens in 1993, Colorado Avalanche in 1996, and the Dallas Stars in 1999. He is one of only 11 players in NHL history to win the cup with three or more different teams.

The Mike Keane Celebrity Hockey Classic, held at Bell MTS Iceplex, provides a unique experience for fundraisers and fans to get up close with NHL greats, all in support of the True North Youth Foundation and Continuity Care.

The Mike Keane Charity Classic kicks off with a Draft Day Experience where each team will choose an NHL superstar to play on their team. Draft positions will be determined by the total dollars raised by each team. After an evening spent getting to know their celebrity teammate, teams hit the ice at the Bell MTS Iceplex. The event ends with the top fundraising team playing against the NHL Greats. Proceeds from the event will be split between the True North Youth Foundation and Continuity Care.

“This tournament allows everyday hockey enthusiasts to team up with former NHL Greats to play hockey and raise funds for charities in Manitoba,” says Dwayne Green, Executive Director, True North Youth Foundation. “We are extremely grateful to be a part of such a unique event that has so many local ties to Winnipeg.” 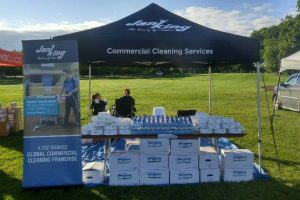 Keeping cool in the shade.

Jani-King of Manitoba puts its Paws in Motion

Keeping cool in the shade. Water for everyone! Bowls for[...] 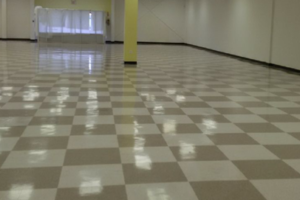 Jani-King Franchisee Donates Time in Support of Habitat for Humanity

When Habitat for Humanity in Fredericton approached Scott Lockhart, Jani-King[...] 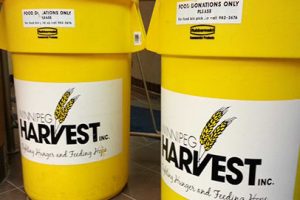 250lbs Of Food Goes A Long Way in Winnipeg

During November and December Jani King of Manitoba donated over[...]