“Together” Is How We Do Things

The team at Jani-King of Manitoba shares their views on what it is to be a part of this one-of-a-kind commercial cleaning company.

Jani-King of Manitoba prides itself on having an “Awesome” team. And this is not just something we say – but something that everyone who works here believes in.

This video captures exactly what Jani-King of Manitoba means to its people. It’s more than a workplace and more than a career. We are humbled to say that for all of us, this is family.

“We have an awesome team here. Culturally speaking we are very tight.”

As a commercial cleaning company, it’s important to work with a team that has your back, and we are proud to say that at Jani-King of Manitoba, we have just that.

Many of our employees have also moved on to become franchisees, empowered by the support and the opportunities we provide.

“I actually happen to be on both sides of the fence,” says Jason Lucarz. “I purchased a franchise! So not only do I work in the regional office here, for Jani-King; but on the side, I bought a franchise. It’s a part-time gig and we clean accounts. It gives me a lot of knowledge and it’s so much better for me here at Jani-King.”

“You know we have each other’s back,” says Bill Cole, President and Regional Director at Jani-King of Manitoba. “We are there for each other, whether a child is sick, or a pet dies, or whatever might come. Whatever happens in the family, it happens here at the office.” 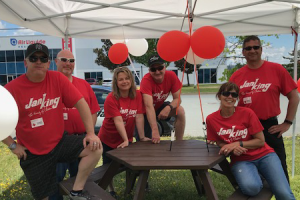 This month, Jani-King offices across the country were excited to[...] 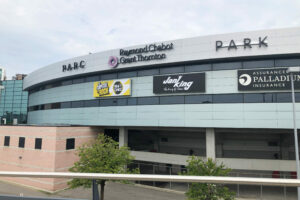 Jani-King is proud to be the Official Cleaning Company of the Ottawa Titans, performing in-game and post-game cleaning to maintain the stadium.

When the Nation’s Capital welcomed the Ottawa Titans baseball team to town for their inaugural 2022 season, the team knew they would need a janitorial service provider they could trust to ensure the stadium was clean and ready for fans, players and staff. Jani-King happily stepped up to the plate to help... 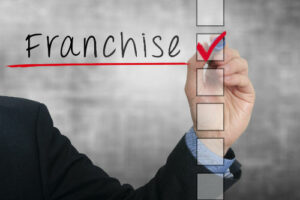 Commercial Cleaning, is it Your Next Step?